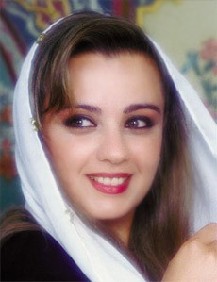 Lilian first appearance of television was in the late eighties on the Lebanese Broadcasting Corporation - LBC.

Lilian Andraos appeared as a program announcer,, in addition she took role in many live events. She has a very nice character which maked her very successful.

She worked on Live broad events from different locations in lebanon, she also hosted with Riyad Sharara all-day broadcasting events every sunday from different villages in Lebanon.

In the early 2000, Lilian Andraoes moved to the Dubai where she worked with other satellite television stations, she was popular in live events especially during the month of Ramadan.

Help us improve this page:   Correct or update the Lilian Andraos page