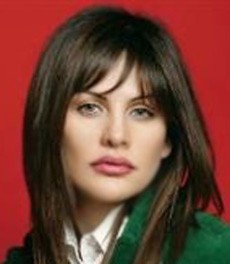 Lea Tohme is a Lebanese model.

Lea Tohme is a very beautiful woman and has a solid potential of becoming one of the leading models in the Middle East.But working without the support of a Modeling Agency could mean she might never make it, at least not without much struggle.

Help us improve this page:   Correct or update the Lea Tohme page