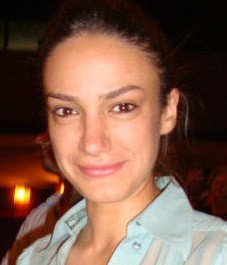 Laura Khabbaz is a lebanese actress.

Laura Khabbaz worked with George Khabbaz in most of his theater and television work.

In the year 2008/2009 Laura appeared in the famous play Shou El Adiyeh by George Khabbaz.

She also took role in the theatrical play Mousibeh which played on Televison.

Help us improve this page:   Correct or update the Laura Khabbaz page