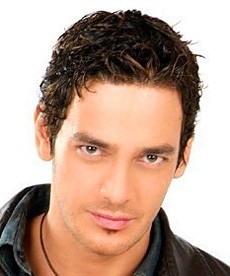 Khaled Abol Naga is a famous Egyptian film actor and Television host. He is also a Human and child rights activist who was appointed as a UNICEF Goodwill Ambassador in 2007.

His professional career started back in 1999 when he got few offers to host some Television shows. In the year 2000, Khaled received the Best New Television Announcer award.

His first role as an actor was in the movie 'Why Did You Make Me Love You' (Leih khalitny Ahebak) in the year 2000; Since then, he has appeared in more than twenty successful movies such as: Harb Atalia in 2005 and Civic Duty in 2006.

Between the year 2010 and 2011 he played a nice role in the Egyptian movie Citizen Brando.

Help us improve this page:   Correct or update the Khaled Abol Naga page