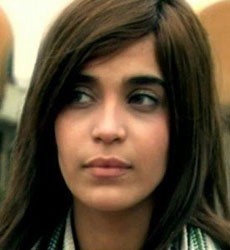 Karima Gouit is a Moroccan Actress.

Karima Gouit played the role of Arsinoe (the half-sister of Cleopatra) in 'Cleopatra, Portrait of a Killer' a program which aired on BBC.

Karima Gouit also starred in Zinate Al Hayate (TV series) 2011 as Sanaa, and played the role of a Moroccan waitress in Heartbreaker (2010).

Karima Gouit has appeared as an extra in numerous documentaries and movies. She appeared in Discover Christmas, a holiday themed release that offered five religiously themed stories about Christmas, with lessons about life and spirituality.

Help us improve this page:   Correct or update the Karima Gouit page