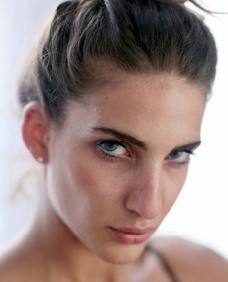 Karen El Khazen is a model from Lebanon.

Although she began modeling at an early age, she mostly became known thanks to the TV reality show Mission Fashion, which aired on the Lebanese Broadcasting Corporation – LBC in 2006.

Apart from her beautiful features and green eyes, an impressive angel wigs Tattoo adorns her back. “But angel she ain’t !” Karen El Khazen is often referred to as the tigresses with bad attitude and sexy arrogance. She possesses a look similar to Brazilian super model Gisele Bundchen.

After the show ended, she made the cover of Elle Magazine in its Oriental version, and her billboards were plastered all over Beirut.


Lately she has made herself quite rare, and her recent activities are unknown to us.

Help us improve this page:   Correct or update the Karen El Khazen page