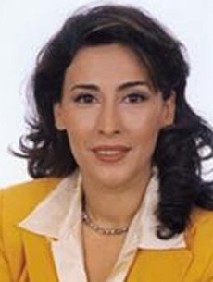 Julia Kassar also known as Jolia Kasar has a strong theatrical backround; She has performed in many theaters but her most notorious roles still remain the ones she did in Theatre Al Madina in Beirut. She was known to take on controversial roles, such as the prostitute, or the lover, etc...

The larger public then got accustomed to her on television in series such as Tlet Banet which aired in the late 90s on Murr Television - MTV Lebanon. Julia Kassar also played in the famous Lebanese comedy TV-series Beit Khalteh and Niyyel El Beit.


On the big screen, Julia Kassar took role in many Lebanese and international movies,including:

A Perfect Day (Yawmon akhar) release in the france festival in 2005.

Help us improve this page:   Correct or update the Julia Kassar page