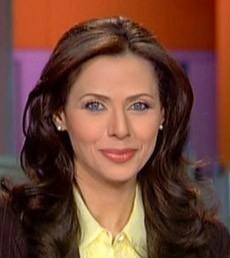 Joumana Namour first started her career by hosting and presenting the news on Future Television.

Joumana was also part of Alam Al Sabah on Future TV for many years.

In the early 2000, Joumana Namour moved to Al Jazeera Television where she played an important role in the News channel.

Help us improve this page:   Correct or update the Joumana Namour page