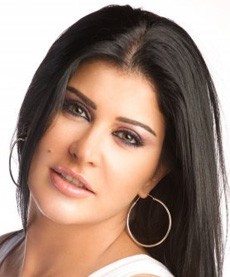 Joumana Mrad studied English Literature at the university of Damascus, She also studied drama at the Art Actor Center in London.

In 1998, Joumana Mrad started her career in Telelvision by taking role in TV dramas.

Help us improve this page:   Correct or update the Joumana Mrad page