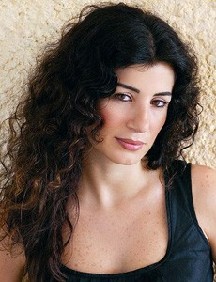 Jasad is a quarterly cultural magazine specialized in sexuality and the beauty of the human body, which is reflected in art, science and literature. It includes reports, testimonies, essays, and translations of foreign material, but the highlight of the magazine is of course the photos, illustrations and paintings that showcase the body as a sexual object.

Joumana Haddad was born on the 6th of December 1970 in Beirut, Lebanon.

Joumana Haddad is head of the Cultural pages for the prestigious An Nahar newspaper.

Joumana Haddad is also the administrator of the IPAF literary prize - Arab Booker.

Joumana Haddad has published several poetry collections, which were greatly acclaimed by critics. Some of her books were translated to other languages and published worldwide.

Fanoos.com salute the courage of Joumana Haddad and congratulate her on making it to the 2009 list of Most Powerful Lebanese Women.

Help us improve this page:   Correct or update the Joumana Haddad page