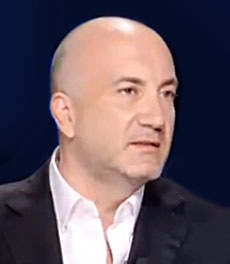 Jihad El Murr also known as Jihad Murr is a famous Lebanese Christian media tycoon. He is the son of Gabriel Murr and the brother of Michel El Murr another media tycoon also.

Jihad El Murr started working in Radio at the age of fifteen, then he moved to working in Television. Jihad Murr's name is also linked to the Concert Promotion business and the Music stores and Recording studios industry in Lebanon and the Middle East.

Jihad has also worked on the Technology aspect of MTV Lebanon and with the partnership with Microsoft Lebanon and Eurisko Mobility, successfully launched the first Lebanese Television mobile phone application on Windows 7.

Starting August 2011, MTV phone app was available to all Windows Phone 7 mobile users around the world, 24/7.

Help us improve this page:   Correct or update the Jihad El Murr page