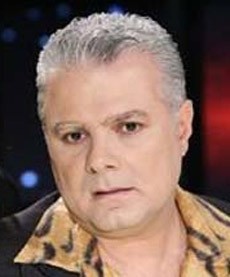 Jean Saliba is a famous Lebanese composer and music producer.

Jean Saliba introduced Elissa to the Lebanese back in the nineties.

In the year 2005, Jean Saliba decided to introduce a new artist and named her Melissa.

Jean Saliba is known for his hit songs and for his contact with international music companies.

Jean Saliba used to work for Rotana, however in late 2009 he had problems with Salem Al Hindi, the manager of Rotana music company and was forced to leave the company.

Jean Saliba is often talked about in Arabic tabloids as he is often caught up in quarrels with artists or other producers. On the new year's eve of 2010, he had organized a big event in Lebanon for Amr Diab, but for some reason the show was canceled at the very last minute and the artists didn't show up. Jean Saliba also always seems to fight with all the artists he helped create.

Jean Saliba is now launching the career of a new female singer.

Help us improve this page:   Correct or update the Jean Saliba page