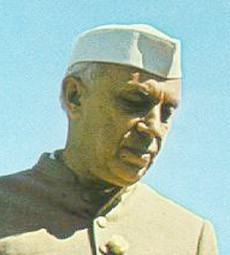 Jawaharlal Nehru was a famous political leader of the Indian National Congress.

Nehru was the first prime minister of independent India. He is considered today as the main founder of the Non aligned Movement.

Jawaharlal Nehru was also known as Pandit Nehru and in India, as Panditji.

Help us improve this page:   Correct or update the Jawaharlal Nehru page