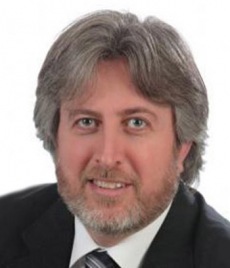 Jamal Youssef Fayyad is a Lebanese writer, a known journalist and an art critic.

Jamal was born on the 1st of December in Beirut, he is originally from Anssar - Nabatieh a small town in South Lebanon. He is married to a Syrian named Dania Al Jandali and has a daughter named Dana Fayad, born in 2002.

He graduated in 1983 from the Faculty of Information and Documentation at the Lebanese University.

He holds a PhD in media from several universities in France. He lived in Paris between 1984 and 1988, in the city of Grenoble where he completed his postgraduate studies.

He worked for several years as an editor in chief to the Lebanese art magazine "Colors", before taking over the editorship of "echo magazine".

Between 1997 and 2001 he prepared and supervised the technical program for "Beirut International Film Festival" which was held in Beirut.

Between 2005 and 2006, Jamal was in charge of the art section in the famous pan-Arab magazine "Sayidati".

Between 2007 and 2008 he was the director of the Beirut office of the magazine "Rotana".

Since 2004, Fayad wrote a weekly column in the famous pan-Arab magazine "Zahrat Al Khaleej", he analyzed music and lyrics, following the Music stars and their albums.

Since 2003 Jamal Fayad worked in Orbit television channels. He supervises a number of technical and social programs at the station.

Jamal Fayad prepared and presented hundreds of hours of television on the "Arab Radio and Television - ART".

The most prominent of his interviews was with the great Arab composer Mohamed Abdel Wahab.

Jamal Fayad is very active on Twitter and other social networks.

Help us improve this page:   Correct or update the Jamal Fayad page