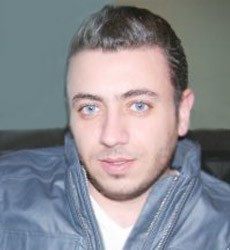 Jamal Barakat is a Lebanese TV presenter and radio anchor.

Jamal Barakat studied media and IT, and first worked as a voice controller at "Sawt Al Arabi" radio. He then worked as a radio presenter hosting his own live shows with celebrity interviews on "Sawt Al Horeyeh" and Radio Joy...

Jamal then became a presenter at Al Jaras Television in 2007, where he was also the personal assistant of Nidal Al Ahmadieh. He would also do interviews for Jaras magazine.

He then worked as a journalist in "Al Waleed Magazine" and as the assistant of Georges Al Rassi.

Help us improve this page:   Correct or update the Jamal Barakat page