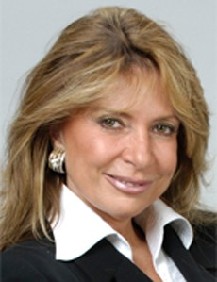 Ivonne Juez de Abdel-Baki is the Trade Minister of Ecuador. Being the President of the Andean Parliament, initiating Diplomatic relations is second nature to her.

Yvonne Abdel Baki was an ambassador in Washington from 1999-2002, which permitted her to instigate strong ties with Hillary Clinton. Abdel-Baki is a strong supporter of free trade and globalization. We quote: “You either get on the train, or you get left behind”. She was a Presidential Candidate in 2002 and Minister of External Commerce for 2003-05. Lately, she was pursuing the position of Director General of the UN Educational, Scientific and Cultural Organization (UNESCO), after Japan''s Koïchiro Matsuura!

Since the Arab nations felt that it was their turn to name a Director General, she rallied the whole of the Arab world and met with prominent Arab political figures for support, but unfortunately had to face Egyptian culture minister Farouk Hosni’s candidature, favoured and officially backed by the Arab League and African Union. The elections that began on the 17th of September failed to elect a new director in its first attempts at the UNESCO’s General Assembly, for Farouk Hosny fell well short of receiving the necessary majority.

The irony of the situation is that in the end, neither got elected as they were both outrun by former Bulgarian Foreign Minister Irina Bokova. This should give you an idea, once more, about how much respect “moderate” Arabs can expect to get!