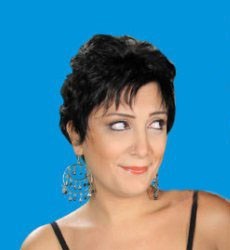 Isabelle Noun is the wife of Ziad Sahab, with whom she presents the satirical TV show Kalem Honik Nes on Orange Television - OTV, directed by Shadi Hanna.

Help us improve this page:   Correct or update the Isabelle Noun Sahab page