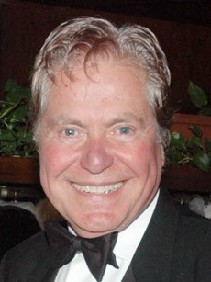 Hussein Fahmy also known as Hussien Fahmi is an Egyptian actor. Houssien Fahmy was born in the year 1940 in Cairo, Egypt.

Hussein Fahmi has a younger brother, Mustafa Fahmy who is also an actor.

Hussein is one of the big names in Egyptian and Arab movies, In the year 1998 he became the first UNDP Goodwill Ambassador for the Arab States. He played an important role in human development in the Middle East. In the year 2006, Fahmy resigned from his post as a Goodwill Ambassador to UN as a result of his refusal to the UN role towards the Lebanese crisis.

Hussein Fahmy got married 5 times in his life. He first got married to Nadia Moharram, an Egyptian ambassador's daughter)whom he married after his college graduation and with whom he has two children.

His second marriage was to Egyptian actress Mervat Amin, the couple were married between the years 1974 and 1986, they had a daughter named Menatallah Fahmy also known as Menna Hussein Fahmy.


Between the years 2001 and 2007, Hussien was married Hala Fathy a Computer Specialist.

Hussein Fahmi starred in over hundred movies since 1970.

Help us improve this page:   Correct or update the Hussein Fahmy page