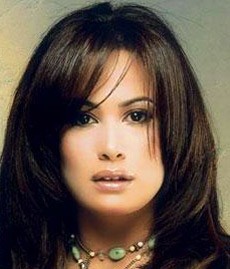 Hend Sabry also known as Hind Sabri is a famous actress who was born in Tunisia. Hind Sabry was born on the 20th of November 1979.

Hend Sabry studied in lycee francais de tunis, In 2001, Hind got a law license from the faculty of law of tunis.
Later in the year 2004, Hind Sabri got her masters in law in intellectual property and copyright.

She first appeared in the movie Samt el qusur (the silences of the palace) when she was fourteen years old.

Hend Sabry loves All pets especially dogs, She owns a dog named Rabso.
Her Favorite Color is black and her best dish is Mouloukhiya.

Help us improve this page:   Correct or update the Hend Sabry page