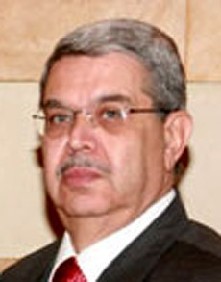 Hassan Sabeh is a Lebanese politician and was the Interior Minister cabinet of the Prime Minister Fouad Siniora Government in the year 2005.

In the year 2005, Hassan Sabeh was elected on the pro-Hariri Future Movement slate during the parliamentary elections.

He soon became the Minister for the Interior in the new Lebanese elected government.

On the 5th of February 2006, Hassan Sabeh gave his resignation to an emergency meeting of the Lebanese cabinet after thousands of Lebanese protesters torched the building that houses the Danish consulate in Beirut during the Jyllands Posten Mouhammad cartoons controversy.

Hassan Sabeh returned to the Lebanese government after the assassination of Pierre Amine Gemayel.

Help us improve this page:   Correct or update the Hassan Sabeh page