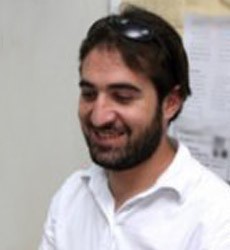 Hassan Oleik is a Lebanese journalist and news reporter.

Hassan Oleik (aka Hassan Allek or Hassan Alleik) is currently a journalist with the daily al-Akhbar Newspaper.

This came as part of a series of detentions of journalists and bloggers by Military Intelligence, like the detention of urban planner Ismael Sheikh Hassan, and blogger Khodor Salemeh.

Murr had said, “Anyone attacking army officers by name or false information will be arrested and will come under investigation to find out who is behind him.”

Help us improve this page:   Correct or update the Hassan Oleik page