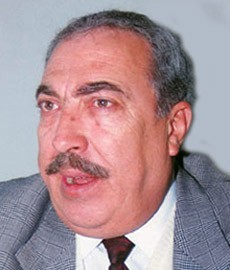 Hani Al Roumani took role in many Syrian Television Drama Series such as Asaad Al Waraq in the seventies.

In 1984, Hani Al Roumani also took role in the famous Arab movies such as Al Hodoud (The Border) along side Syrian actor Doreid Laham.

Hani Al Rumani passed away on Monday the 8th of February 2010 after a long struggle with a lung disease.

Help us improve this page:   Correct or update the Hani Al Roumani page