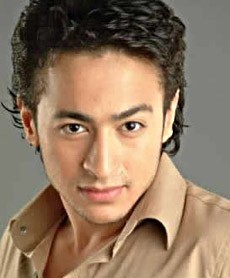 Hamada Helal born on the 20th of March in Sharqia, Egypt.

Hamada Helal was started singing at the age of five, he used to record his songs on cassettes.

Hamada was grew fond of singing and singers such as Abdel Halim Hafez, Mohamed Abdel Wahab and the legendary diva Um Kulthum.

Hamada first professional appearance was as a singer among the singers of the High Quality album Part III, following his success he launched his first album entitled Dar Al Zaman , Domou , and Bakhaf, great sad songs which got him his own style in singing.

Help us improve this page:   Correct or update the Hamada Helal page