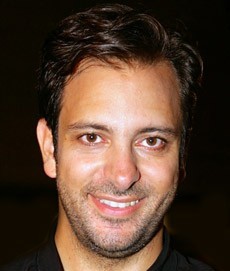 Guy Manoukian is a Lebanese-Armenian musician, composer and pianist.

Guy Manoukian started playing the piano when he was 4 years old, and started studying classical music at an early age. At 6, Manoukian appeared on television for the first time. One year later, he was already invited to play the piano at the Lebanese Presidential Palace. At the age of 8, Guy composed his first musical piece for which he won his first competition. In 1997, he started performing in concerts professionally in Lebanon and around the world.

Guy Manoukian's music also was part of major music productions such as The REG Project in 2001, Arabia Night, Bellylicious and Experience Egypt in 2006. In 2007, his Music was part of the Ultimate Discotheque Orientale and Fashion TV Arabia music compilations.

Aside from his passion for music, Guy holds a degree in law and enjoys playing basketball in the Lebanese Basketball League. Manoukian is married to a beautiful woman named Sara and they have a son.

In 2010, Guy Manoukian was named as the Friend of Jaeger-LeCoultre. This well known brand held a cocktail party in Lebanon announcing their association and their line of products.

Manoukian wore the Master Hometime Watch of choice from the Jaeger-LeCoultre collections, at the opening event in Beirut.

Help us improve this page:   Correct or update the Guy Manoukian page