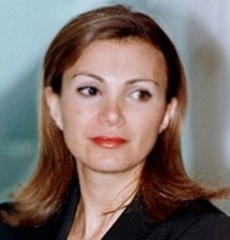 Giselle has her own television program called, Bil Arabi, which she runs on Al Arabiya television, she interviews high profile guests such as political figures, prime ministers, heads of states, and ministers of foreign affairs.

Giselle Khoury was married to Samir Kassir until his assassination on the 2nd of June 2005 by political rivals.

Giselle Khoury has a son named Marwan, and a daughter named Rana.

After the death of her husband, Giselle Khoury became active by supporting the party Kassir helped found which is the Democratic Left Movement.

Help us improve this page:   Correct or update the Giselle Khoury page