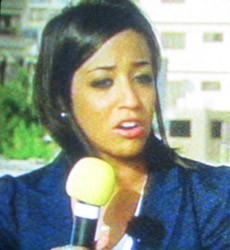 Gigi Ibrahim is an Egyptian political activist, journalist and blogger.

Gigi Ibrahim has a dual nationality; she is also a US citizen (Orange County native).

Using social media and online networks she helped document and report news events during the Egypt Protests of 2011, especially the important role women played in Egypt’s revolutionary movement. Gigi Ibrahim had also previously covered the June 2010 Khaled Said protests, when many women were beaten and arrested, both Muslim and Christian.

Gigi Ibrahim has a political science degree from the American University in Cairo.

Help us improve this page:   Correct or update the Gigi Ibrahim page