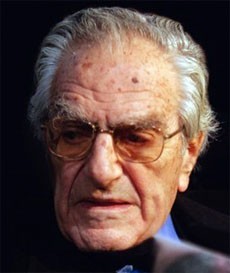 Ghassan Tueni is a former Lebanese politician and the publisher and owner of An Nahar Lebanese Newspaper.

Ghassan Tueni was born in the year 1926, He studied at the American university of Beirut under Charles Malik, and was influenced by him.

In the early fourties, Ghassan travelled to United States of America and got his Masters degree from Harvard.

When his father died, Ghassan came back to Lebanon to manage An Nahar, and later started his political career in Lebanon.

Help us improve this page:   Correct or update the Ghassan Tueni page