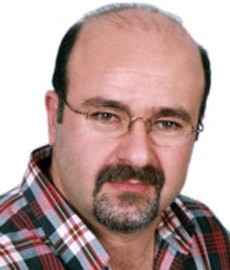 Ghassan Attieh started acting at the age of twelve, In the year 1971 he took role in the theatrical play about the life of Saint Taala.

Since that time he has been appearing in many television series and theater.

In theater Ghassan Attieh had a long history with the Rahabani brother theater along with Fairuz.

He took role in Sah El Nom, Mayserrim, Jisr El Qamar, Natouret Al Mafatih and many many others.

Help us improve this page:   Correct or update the Ghassan Attieh page