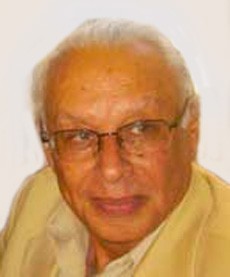 George Ishak is an Egyptian activist and founder of the pro-democracy Kefaya (Enough) Movement.

George Ishak, also written George Ishaq, is part of the Egyptian opposition and has vigorously fought for political reform in the country. Ishak was one of the first to call for street protests and played a leading role in Egyptian political activism of the last decade. His movement managed to eliminate the barrier of fear and encouraged the people to voice their demands.

George Ishak is also part of the National Association for Change (NAC) in support of presidential candidate Mohamed ElBaradei, alongside Dr. Samir Eliesh (founder of My Voice is my request "Sawty Matlaby" movement, and the Secretary General of the movement.)and Counselor Mahmoud Khudhairi (former Vice President of the Appeal Court and Chairman of the Judges Club.)

George Ishak believes in the power of the street, and stresses the need for all opposition movements to create their own bloc for change, through which they can take action; by encouraging laborers, peasants,professional syndicates & Unions to participate in political life. For such a bloc to boost its popular appeal, Ishak also urges it to lobby with the younger generations so as to create larger and more dynamic units for change.


George Ishak also works for national unity, and has taken part in numerous sittings to condemn all acts of violence against any Egyptian of any religion, Muslims or Christians.

George Ishak is still on the General Coordinating Committee of Kifaya, despite the fact that the movement has lost its momentum. He often also tries to get into contact with the Egyptian diaspora in the world to mobilize their support.

Help us improve this page:   Correct or update the George Ishak page