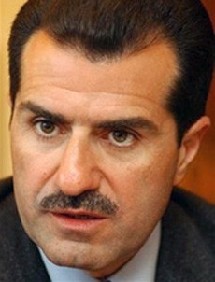 Gebran Tueni was famous Lebanese journalist and politician who got assassinated in the year 2005.

Gebran Tueni started his career by working as an editor and publisher for his fathers newspaper, the famous An Nahar daily newspaper in Beirut, Lebanon.

In the year 1933, An Nahar was founded by Gebran's grandfather, also known as Gebran Tueni. Ghassan Tueni, his father, operated the newspaper for many years.

Gebran held a degree in journalism and international relations.

After his death, Gebran Tueni daughter, Nayla Tueni continued on the political steps and vision of her father.

Help us improve this page:   Correct or update the Gebran Tueni page