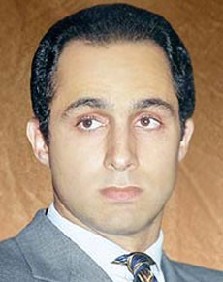 Gamal Mubarak is the younger of the two sons of the President and of the First Lady of Egypt, Mrs. Suzanne Mubarak .

Gamal has been an active political member, who has a good influence in the political life in Egypt.

It was believed that Gamal Mubarak would be the successor of his father Hosni Mubarak for the Presidency. However protests in Egypt against the Mubarak government in 2011, changed the political life in Egypt. The gears of power shifted 180 degrees when activists such as the chairman of the El Ghad party Ayman Nour, and former head of the International Atomic Energy Agency - IAEA, Mohamed Elbaradei came to steal the show, shape the future, and draw the face of the next candidate for presidency in Egypt.

Help us improve this page:   Correct or update the Gamal Mubarak page