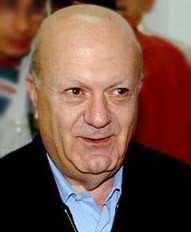 Gabriel Murr is the owner of Murr Television - MTV Lebanon, RML FM - Mount Lebanon Radio Station. Gebriel Al Murr also known as Gabriel El Murr is a Politician from Lebanon. His Media outlets including MTV was forced to shut-down in September of 2002 by the Lebanese governement.

Gabriel Murr is the brother of Michel Murr, Gabriel is critic of the relationship that Lebanon has had with the Syria.

There was some controversy whether or not Gabriel Murr won the Matn elections, but it was decided that he had won the elections in a fair way.

Help us improve this page:   Correct or update the Gabriel Murr page