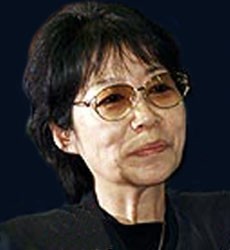 Fusako Shigenobu is the founder and former leader of the Japanese Red Army.

Fusako Shigenobu began activism in the student leftist movement of the 1960s (protesting the increase of tuition fees), before rising up the ranks of the movement until becoming one of the top leaders.

In February 1971, Fusako Shigenobu and Tsuyoshi Okudaira went to the Middle East to make international contacts for the Japanese Red Army Faction. After the United Red Army carried out an internal purge in the winter of 1971-1972, she decided to split for ideological reasons and later formed the Arab-JRA.

Fusako Shigenobu believed revolutionary movements should cooperate and eventually lead to a global socialist revolution, part of an International Revolutionary Solidarity. She settled in Lebanon, where she was to support the Palestinian fight for freedom. She first joined the Popular Front for the Liberation of Palestine as a volunteer, before forming the independent JRA.

Fusako Shigenobu was sentenced to 20 years in prison on March 8, 2006, after she was arrested in Osaka in November 2000. She later received a similar sentence in 2010.

In 2008, Fusako was diagnosed with cancer and is now receiving chemotherapy treatment in prison.

Fusako Shigenobu gave birth to May Shigenobu on 1 March 1973 from a Palestinian resistance fighter who was reportedly the head of the Popular Front for the Liberation of Palestine.

Help us improve this page:   Correct or update the Fusako Shigenobu page