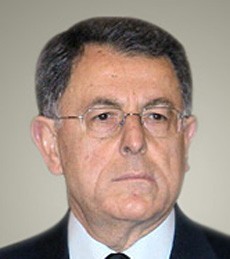 Fouad Siniora is a Lebanese politician, a former Prime Minister of Lebanon.

Fouad Siniora was a Prime Minister for Lebanon betweeen the 19th of July 2005 and the 25th of May 2008 when a new Lebanese President was elected.

He was given the post again between the 28th of May 2008 and until the 9th of November 2009 when Saad Hariri, a New Prime Minister, and the son of the late Rafic Hariri.

Fouad Siniora is also as a member of Parliament representing the city of Saida, South Lebanon.

Help us improve this page:   Correct or update the Fouad Siniora page