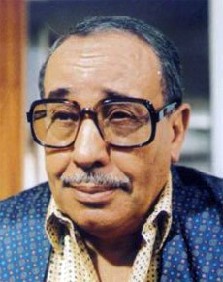 In addition to being a movie actor, Fouad was also a famous stage actor. His career in acting started from the year 1950 when he focused mostly on doing comedy roles in many of theater cinema and Television.

Zaki El Mohandes was his father, a famous linguist and the Dean of the Faculty of Dar El Uloom. Fouad father was also a member of the Arabic language Academy of Cairo.

Fouad Mohandess was inspired by the theaterical plays of editor Naguib Al Rehani. He decided to take his career into a hight ground by getting a degree in drama. His first offical work was a group named Sa3a la Aalbak (An hour to your heart) it was a stand up commedy famous in Egypt.

Help us improve this page:   Correct or update the Fouad El Mohandes page