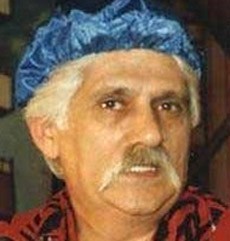 Fehman also known as Fahman or Fihmane is the character played by actor Mahmoud Mabsout. He has been playing this role as part of the About Salim comedy group. Fehman died on the 25th of July 2011 which performing on Stage his famous song Ana W Marti Fahimi.

Fehman Television shows are still being played on Tele Liban.

You can also get some of his videos in the local video stores in Lebanon.

Help us improve this page:   Correct or update the Fehman page