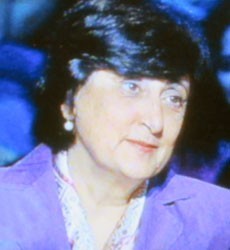 Fadia Kiwan is a Lebanese political analyst and university professor.

Fadia Kiwan graduated from the Sorbonne, and holds a Ph.D. in Political Science from the University of Paris I.

Fadia Kiwan has been a member of the Lebanese National Commission for UNESCO since 1991, and was President of the Commission from 2001 to 2004.

Fadia Kiwan has many publications, and has co-written the book "Le Liban aujourd'hui" with Ahmad Beydoun.

Help us improve this page:   Correct or update the Fadia Kiwan page