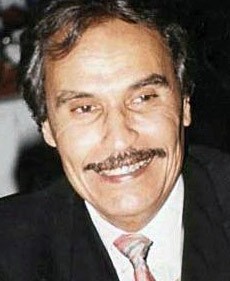 Izzat was born on the 10th of September 1934 in Bab Al Shaariya, Cairo, Egypt.

He goes successfully through the primary school .He was marked by his ability to learn songs by heart rather than learning school subjects.

His talent emerged in his ability to immitate teachers , artists as well as comic sketch artists like Mahmoud Shokoko.
Ezaat joined Supreme Arab Institute for Acting which became Supreme , In 1955 Institute for Theatre . He took advantage of being a student of such great actors like Fatouh Nashaty,Nabil El Alfy, Abd El Rahim El Zeraany ,Louis Awad and Mohamed Mandour.

As he graduated ,He started to participate in many movies like 'bin alksrin','Message from anonymous woman','The spy','The unknoun man','Girls camp', 'kndil a'm hashm',' El said el bolty','3 faces of love'. He also took part in many series like'Bent el heta'as well as plays 'Village revolution' written by Mohamed El Tabee and many others.
Ezat 's participation in Yoossef Shahin 's well known film 'The Soil' can be considered as great development in his artistic career. He also contributed in Shahin 's other significant movie 'The Choice' the one he win the Golden Award for in Carthage festival .

Because of his distinguished works , Ezzat's name is written in the greatest World Encyclopedia for Cinema which involved only three Arabic films 'The Choice ,Al Saka Mat,Bab El Hadid 'the first two is acted by him.
Moreover ,he took part in six other movies produced as well as directed in the Arab world as the Syrian movie 'Suicide bomber ' and the Lebanon 'Beirut ,Beirut''Wolves couldn't eat meat'

He also joined many great plays like : ' People 's Struggle' represented by him as a student and directed by Nabil Al Alfy.He later acted in 1992 in other plays like :The Good Man , My Home Aka , Blood on Costumes and Hello Masters . Furthermore , He wrote many plays as 'Village Revolution' and ' The flood'.
Al Alaily acted in many television series that tackle the real problems of the Egyptian society and life such as ' Adham Al Sharqawi' , 'Al Emam Altabari' , 'Alhassan Albassari' , 'Gamal Alafghani' and finally ' Alhalawani Gate' with its four parts.

Help us improve this page:   Correct or update the Ezzat El Alaily page