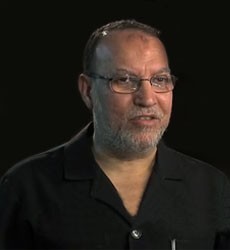 Dr. Essam al-Arian is the spokesperson of the Muslim Brotherhood in Egypt.

Like most members of the group, Dr. Essam al-Arian is often targeted by the Egyptian authorities. In 2007, he was prevented from traveling to “ Oslo ” to attend a conference on dialogue among civilizations.

Issam Al-Arian was one of the leading figures that participated in the January 2011 protests requesting the departure of president Hosni Mubarak's regime. Although he supported Mohamed Elbaradei's desire to head an intermediary government, he warned that the opposition should not be summed up in just one person, and that only the Egyptians could decide who would lead them through democratic elections. He also stressed that the approval by international super powers (such as the USA) of a certain candidate, would no longer be a criteria, adding that when the Egyptians finally get their democracy, no one should interfere in their decisions.

Help us improve this page:   Correct or update the Essam al-Arian page