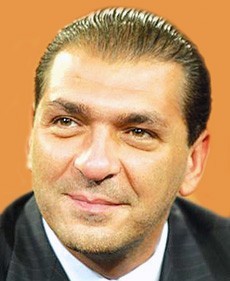 Elie Nakouzi became famous in the year 2002 when he hosted the political television show Sajel Maawaf (Make a point) which aired on Murr Television - MTV Lebanon for few years until the station was closed.

After MTV Lebanon was shut down, Elie Nakouzi got many offers from many Arab Satellite televisions, finally he decided to join Al Arabiya TV.

On Al-Arabiya Television, Elie Nakozi hosted and presented the political show Mena Al Iraq (From Iraq) which shed the light on the current Iraqi government.

Help us improve this page:   Correct or update the Elie Nakouzi page