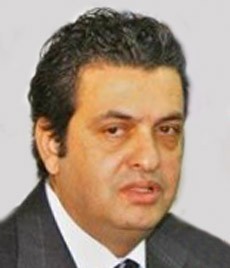 His modeling agency operates from Beirut and Dubai, and was established in the year 2000.

Elie and Sabine have 3 children together (2 boys and a girl).

In 2007, Elie Nahas name became viral after he was accused of human trafficking and running a prostitution ring in France.

Elie was jailed in France for one year and was later released with no charges. When Elie came back to Lebanon, he did his own investigation and he later accused his competitor in the modeling business, Nidal Bcherawwi of giving out false information about him to a figure in the French embassy named xxxx. Elie went on Tony Khalifeh program Lel Nasher and mentioned Nidal and all this information in the interview which aired on Al Jadeed TV.

Help us improve this page:   Correct or update the Elie Nahas page