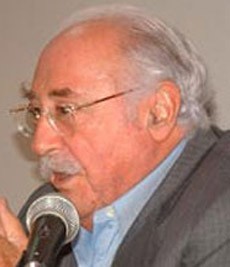 Elias Saba is a Lebanese politician and economist.

From the 13th of October 1970 until the 27th of May 1972, Elias Saba was the Finance minister in the government of Saeb Salam.

Also Between the 21st of October 2004 and the 18th of April 2005, Elias Saba was the minister of Finance in the Omar Karami Government.

Elias Saba was the deputy Prime Minister and Minister of Defence in the government of Saeb Salam.

In the year 2006, Elias Saba was among the Lebanese politicians who joined former Prime Minister Omar Karami and helped him create what is known as the national gathering.

Help us improve this page:   Correct or update the Elias Saba page