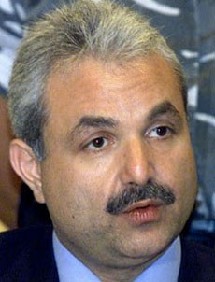 Elias Murr was born in the year 1962 in the village of Bteghrine in Lebanon.

Elias Murr is the Lebanese Defense Minister and the Deputy Prime Minister.

Elias Murr is the son of Michel Murr, a former Deputy Prime Minister and Interior Minister.

Elias Al Murr was the son-in-law of the former President Emile Lahoud.

On the 12th of July 2005, Elias El Murr was wounded in a bombing explosion which took place in Antelias an area north of Beirut.

Help us improve this page:   Correct or update the Elias Murr page