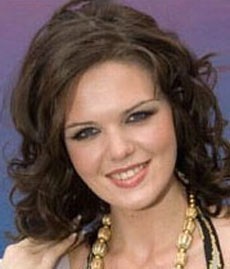 Despite her western features, which she inherited from her American mother, Ehsan Hatem was born to an Egyptian father in 1986.
Ehsan was crowned as Pantene Miss Egypt for 2007, and represented Egypt in the Miss Universe contest held in Mexico City at the National Auditorium.

Ehsan Hatem is not only beautiful but also well read. She is an English Teacher at the Institute for English language sciences.

Help us improve this page:   Correct or update the Ehsan Hatem page