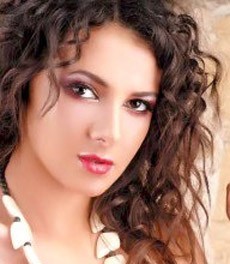 Donia Samir Ghanem is a famous Egyptian Actress and singer.

Donia is the daughter of the comedian Samir Ghanem and famous actress Dalal Abdul Aziz.

Donia Samir Ghanem also has a sister called Amy Ghanem who is also a promising actress.

From a Music Career, Donia Samir Ghanem has sung two songs which were produced by Nasr Mahrous. The songs are entitled Mish Adra Asadaa Eenaya and Khalas Ertahet, the songs were released as part of the Free Music Album.

Help us improve this page:   Correct or update the Donia Samir Ghanem page