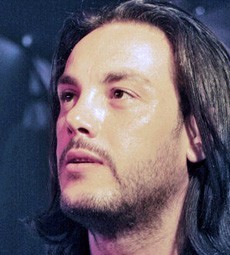 Osane started his career as a Disk Jockey at the age of thirteen. He traveled to New York and studied the art of dance music. He also studied music arrangement and music production.


DJ Osane album included remixes of old favorites by some of the most known singers in Arab world such as the remixed song Asmar originally sung by Lebanese singer Samira Tawfik.

The album was recorded by different studios in Lebanon including: Talkies, Rouge Abi Akil, Joe Barojian, and Electra.


Osane is known for his hit songs Tango and Zalghouta which he created for the HBO TV-drama The Sex and the City.

In addition, he wrote the song Rajae Yetaamar Lebanon (Lebanon is back), dedicated to his country.

In 2008, Osane decided to stop making remixes and started music arrangement and production for singers in the middle east such as Melhem Zein, Rami Ayach, Essam Karika, Nourhanne and May Hariri.


In 2009, Osane released his own song and music video for NEVER TOO LATE and YET TO COME.

DJ Osane also took part in a small section of the TV show Talk of the Town, which airs on Murr Television - MTV Lebanon and is hosted by Mona Abou Hamzeh. He would play overly mixed songs for the competing guests who have to guess the names of the tracks to win. He has since been replaced by DJ Tony C.

Help us improve this page:   Correct or update the DJ Osane page