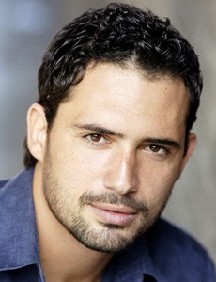 Dhafer was born in 1972 in Tunisia. He is a former model and professional football player; He began his studies in computer science, while starting a career in modeling for the Paris branch Metropolitan. Later, he became an assistant director to Moncef Dhouib, before finally joining the Birmingham School of Speech and Drama.

Dhafer started acting in 2002 in the United Kingdom. He appeared in the British television series Dream Team which aired on Sky 1, Spooks on the BBC and ITV's The Bill.

In movies, Dhafer El Abidine played an important role in the controversial television film The Mark of Cain. He got hired to play a role in the movie The Da Vinci Code, however, his role did not materialize.

Dhafer El Abidine became an idol for Tunisian women, after his role as Dali in the soap Tunisian Maktoub.

Abidine is currently living in London. He speaks fluent Arabic, French and English and has some knowledge of Italian and Spanish.

In movies, he played his first role in 2006 in the movie Il mercante di pietre. He also took a role in the hit movie Sex and the City 2, released in 2010.

His first appearance on television was in 2000 in the TV series Maria, figlia del suo figlio. In 2010, he also got a nice role in the Television series Strike Back.

Help us improve this page:   Correct or update the Dhafer El Abidine page