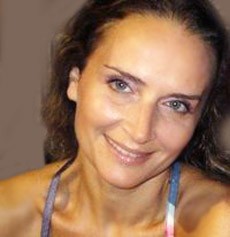 Dalida Baroud is a Lebanese Television presenter. Dalida started her career on television by working as a program host on the Lebanese Broadcasting Corporation - LBC.

She gradually moved up the ladder and became one of the members of Nharkom Said, the daily live morning show on LBC. Later Dalida moved to present the program Tea-Time, an afternoon show which she hosted along with May Matta and other known names.

Dalida Baroud is married to the son of George Hawi, a famous Lebanese politician who was assassinated in 2005.

Help us improve this page:   Correct or update the Dalida Baroud page