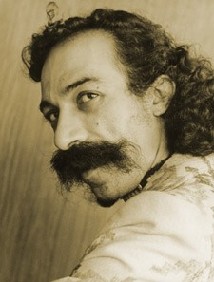 Chocho also known as ShooShoo or Shoushou or even Shou Shou is a famous lebanese artist and comedian, his real name was Hassan Aladdin. He was born in the year 1939 and died in the year 1975.

Chocho was one of the founders of the Lebanese national stage and made many plays and television programs which spread through more than 30 years.

Hassan was born Aladdin (Chocho) in Beirut in 1939, and died in the civil war in the beginning of the second month of November 1975. Ideas had a direct and non-abstract or surreal, and dreams, in fact, present and beyond the fact an expression of the vital energies of 10 years after the founding of the theater in November 11, 1965.

Alaa El Din Hassan began his career in the youth brigade theater enthusiasts, and found its way to radio and television to know when the artist Muhammad comprehensive 1965, replacing the late Rafiq al-Rahman Muhammad Mir'i destruction.

Chocho Althecmi vote marked by a childish and Bashaest long and skinny body, his head on the hat or fez, wearing clothes and asymmetric expression of the different movements of his time and move unusual.

Help us improve this page:   Correct or update the Chocho Hassan Aladdin page