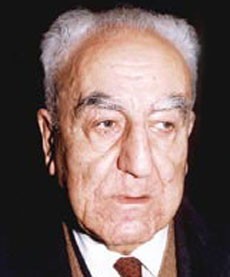 Charles Malik was a Lebanese diplomat and philosopher.

Charles Malik was born in the year 1906 in Bterram, Lebanon. His parents are Doctor Habib Malik and Zarifa Karam.

His full name was Charles Habib Malik. He studied the American Mission School for Boys, which is known now-a-days as Tripoli Evangelical School for Girls and Boys in Tripoli.

He had his higher eduction at the American University of Beirut, where he earned a degree in Math & physics.

In the year 1937, Charles Malik got his PhD in philosophy from Harvard University.

In the year 1945, Malek got appointed as the Lebanese ambassador to the United States.

Charles Malik was also an ambassador to the United Nations.

Help us improve this page:   Correct or update the Charles Malik page